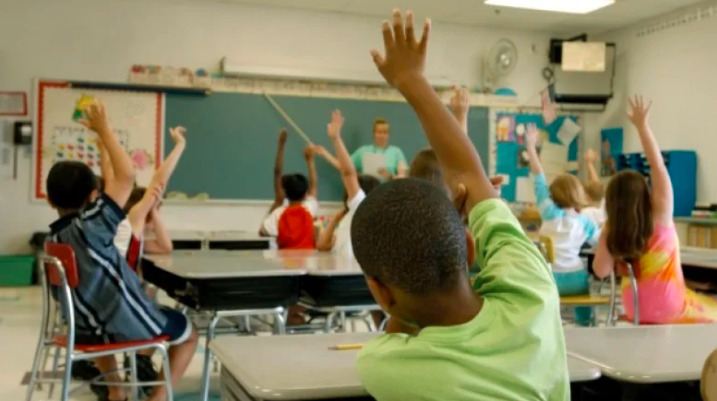 One in 10 Manitoba education workers failed to get immunized against COVID-19 by a deadline set by the provincial government that came into effect on Monday.

About 3,700 of 34,000 staff who work with students in Manitoba’s education system have not yet been vaccinated, according to a provincial spokesperson. Those staff must instead submit to COVID-19 testing three times per week.

The news comes the same day thousands of health-care and personal care home workers were mandated to be vaccinated by or go through with testing every 48 hours.

Different sectors have been bracing for the possibility of staffing shortages leading up to the deadline.

Out of 42,000 direct-care staff across various health professions, 30 were unvaccinated and refused testing Monday, according to the province, though that figure could change as the week goes on.

Discovery Children’s Centre, one of Winnipeg’s largest daycares, cares for about 280 children. Five of the 50 staff aren’t fully vaccinated and will have to undergo regular testing, said executive director Donna Freeman.

“One of the staff did come in this morning,” said Freeman. “They mentioned that … it just feels kind of strange and it feels like an awful lot of extra work.”

The Hanover School Division says about 85 per cent of 1,100 school staff are fully vaccinated. Over 90 per cent of teachers in particular are vaccinated, or roughly 600 out of 650, said Kevin Martens, president of the Hanover Teachers Association union.

Both figures stand in contrast to low vaccination rates in some parts of the area.

COVID-19 and vaccination can be divisive issues in the region, but Martens said teachers aren’t passing judgment.

“You leave out your personal biases and you just continue to respect the families and the decisions that they have to make for themselves and their kids,” he said. “You just try and make sure that you can be there for them.”